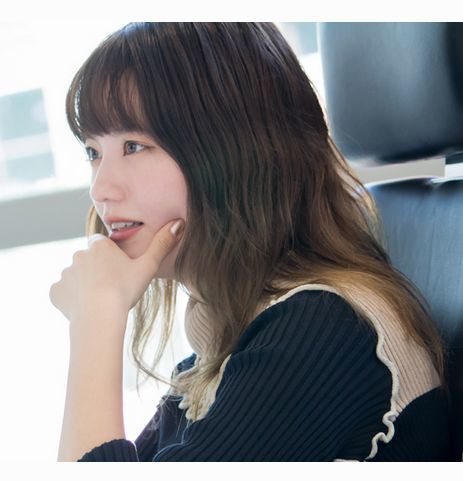 The 2nd album “WAVE MOTION” by MICO's solo project, SHE IS SUMMER, has been completed. It has continued a long hit while winding the overseas listeners and "CALL ME IN YOUR SUMMER", recorded all 13 songs such as written down as the first drama theme song "Bloom in the city". It is a work that draws out the further appeal and expressiveness of vocal MICO.

Interviewer: The last time I interviewed was E.P. “MIRACLE FOOD” released in May. There was a one-man live at LIQUIDROOM in June, but there seems to be a lot of movement from there.
MICO: That's right. First, I went to Mexico from the day after that LIQUIDROOM live was over. I heard that it was a very nice country and was interested. I usually went on a private trip for about 2 weeks.

Interviewer: I think there was a lot of stimulation.
MICO: Because of the deadline, I had to write the lyrics of “Bloom in the city” during the trip. So, I feel that this one song is like a sense of travel. What I thought when I saw the scenery of LIQUIDROOM when I performed live, I read and felt the original drama and script Interviewer: Because it was a story of a food stall bar, restaurants are taking root in the city, changing the color of the city I thought it was a nice thing to do, so I wanted to write that kind of thing. I also felt a lot in the city of Guanajuato, Mexico. Mexico has a lot of nature, but the city of Guanajuato was a fusion of people, technology and nature. I think. I thought it was a very well-balanced city, and I felt the power of the land and people.

Interviewer: There are things you can feel when you go.
MICO: Yes, there is. Isn't it different even in the weather? I think that the feeling of people living there will change depending on whether it is cold or warm, whether it is leafy or natural. It may be natural, but the wind is completely different. I think that such nuances are packed in this “Bloom in the city”.

Interviewer: The word “Bloom” tells you something like life force. Feeling breathing.
MICO: The word “Bloom” was linked from the lyrics that “Someday we will be saved as a flower blooms”, but we gave it a title with the image that the whole city would bloom. But the title was not decided until the very end. It was decided to put it at the end of the album.

Interviewer: When this song comes to the end, I've finished listening to the album, but there will be a reverberation that seems like a positive feeling going forward. I felt like the usual way of seeing the city changed a little.
MICO: Thank you. When I was making this song, I wasn't conscious of the album recording, but when thinking about the order of the song, it was decided by myself that this was the last. I decided this for the first song too.

Interviewer: So this is the album that opens with "(wave motion)", but I thought it was a wonderful word that would convey the overall mood with just the title "WAVE MOTION".
MICO: Good! This title was decided before the release of the previous “MIRACLE FOOD”. Since it was decided that a full album would be released around the end of the year, I started thinking about it and thought that "the title may be 'WAVE MOTION'" ... that? Why did you think so (laughs)?

Interviewer: Is that intuitive?
MICO: Do you have any notes left? (Take out the smartphone) Oh, it seems that the album title came up on April 4th (laughs).