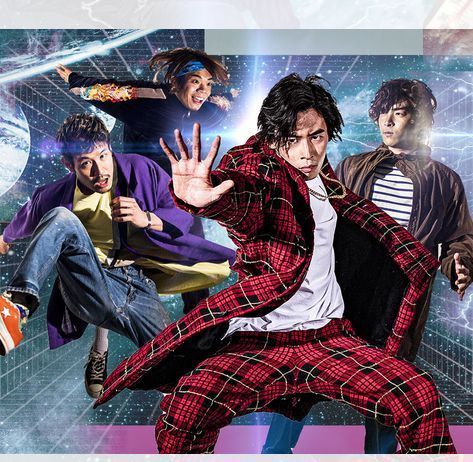 Interviewer: This time it was blown out in many ways. I don't know what to say in front of the people themselves, but the album photos are ridiculous and cool in a good way, and the sound source is also insanely free.

Souta Iwabuchi (Vo / Gt): That's right. A lot of people say this has changed, but they are naturally natural.
Kouhei Namikoshi (Gt): On the contrary, have you ever been inclined?
Youki Tamura (Dr): We just did whatever we wanted.
Akihiko Tano (Ba): Looking back now, the band has run out of room since I moved to Tokyo (in April 2017). At first, it was like “Let ’s do it because it ’s funny,” but I tried to go to the cool side.

Interviewer: Is it because you feel like you want to sell?

Iwabuchi: I think that the band was n’t good enough if they did n’t have a band.

Interviewer: What was it that triggered it?

Namikoshi: I think it was when I took a music video for “I'm living alive” (recorded in the previous album “Passion and Humor”). Is n’t that song lyric? So it was great that we were able to put out ourselves without too much parentheses.


Iwabuchi: Also, the audience was enthusiastic about what they thought was interesting in a live performance that attracted passion and humor. On the other hand, things made with an angle do not pierce so much. For that reason, if you remove all the elements that make you uninterested, it seems like four insanely interesting people have come out.

Interviewer: This mini-album may be close to the origin return for the band. Just in the sense of exploring what we find interesting.

Iwabuchi: Oh, right. This time, it was a way to make it free to attack, except for "Riff and rap". The previous work, “Passion and Humor,” was overly complicated and sometimes complicated, and there was a place where it seemed that it lacked simplicity. Talking with the members, this time, I thought that it would be enough if there were only riffs and raps that we could believe.

Interviewer: Did all the members understand the conclusion easily? In the cases so far, I feel that Namikoshi has often disputed it.

Namikoshi: It was n’t ... (laughs)
Tano: It was a discussion like “Tano vs Namikoshi”.

Namikoshi: In this album, the first thing that was made was “My Pace”, but in the sense of “Riff and Rap”, it ’s like a panoramic town in Panama Town, but it ’s the image I imagined. I thought there was a difference, so there was resistance. I thought it would be ideal to have more guitar in front and a solid band sound. But the piano and rhythm can be interpreted as one of the riffs, so the width of “Riff and Rap” has expanded.

Interviewer: In short, the main instrument need not be just a guitar.

Namikoshi: That's right. I was trying to put together an album with a single theme, but Tano said, "Is it all right to have a lot of songs?" So, Iwata kept the restrictions of “Riff and Wrap” and put the others free.
Tano: Originally I had resistance to putting a piano in “Dive to Mars” or putting a horn in “HEAT ADDICTION”. There was resistance to the sound of non-playing people playing live, but this time, by setting up a constraint called “Riff and Rap”, I felt like I could do anything else. I think that it was good to be able to think about how each person can save themselves and how to improve the songs in the binding.

Interviewer: Even so, I was surprised that the drums were driven in most songs.

Tamura: I'm working on everything other than "aliens" and "MIND I don't want to stand out."
Tano: I often make demos with beat machines from the stage of making and inflate the image from the tone. Simply, what you want to do now is not a live drum. I think the music I'm listening to is becoming more and more hip-hop. I want to give a feeling of machine to keep track of the song. I think that in the live, I do it with human power.

Interviewer: How does Tamura feel as a drummer?

Tamura: There was a story about a battle between Tano and Namikoshi, but I was the Namikoshi side who wanted to cherish the feeling of a live band. However, when thinking about how to think of rock bands in the present era, if you turn to a new direction as a band with this album, it feels like "Okay, I'm fine" .
Tano: So it doesn't mean that we won't do it with live sound. This time, it started with “Most My Pace”, so it became an album with a lot of elements.
Namikoshi: This time, I use the interesting sounds that Tano and Iwabuchi listen to for the songs I'm working on, but conversely, the songs with band sounds like "Aliens" I also wanted to listen to it as new music. I'm also trying to make a shot and making a band separately.

Interviewer: To make a work with such a high degree of freedom, it would have been necessary for members to discuss what should be expressed as a rock band of the present era.

Tamura: That's right. After all, there is a conflict.
Iwabuchi: Based on this, I also struck a hip-hop nuance that puts a lap on the loop. Drum the guitar riff with a machine. However, it is a phrase behind the chorus, or in a guitar solo, it is an approach to make it live like a rock band. I have a feeling that by making my vocals and guitar live only for the part I want to stab, I can convey it more strongly.

Interviewer: I think the theme of the lyrics is “Jump into the unknown world”, but the keyword “Mars” is catchy.

Iwabuchi: After creating “Passion and Humor”, there was a hip-hop-like straight expression and a rock-band metaphor-like expression that various people can imagine. Is n’t it interesting? What Namikoshi said is great. Jumping into the unknown world of Mars really represents ourselves. There were places where I entered the defense for a period of time or stuck in their own frame, but I would jump into places I don't know. I wanted to sing it to ourselves too. 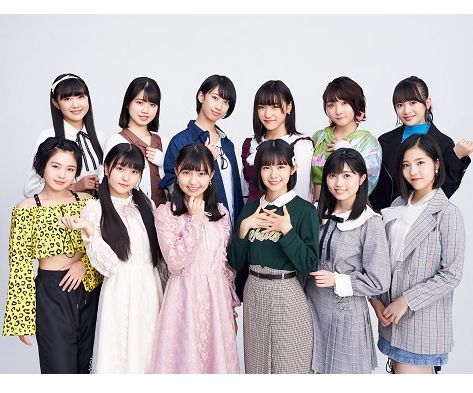 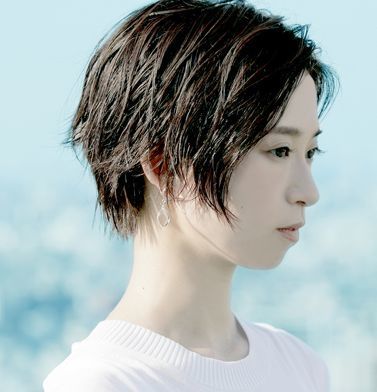