The engy, who is steadily expanding the support layer with a focus on listeners seeking fresh music, has completed the major 1st mini album "Talking about a Talk". It's a piece that you can fully experience the charm of this band that swirls the feel of black music that leads to blues, soul, funk, R & B, etc., and also gives off the aggressiveness that rock is said to be in the background. Koji Yamaji (Vocal / Guitar / Programming) talked about his thoughts and passion for creation.

Interviewer: What kind of work did you want to make?
Yamaji: I moved the recording base to Tokyo and made it in a very good environment such as sound. So, first of all, there was a desire to make a sound that sounds like "overlap of sound". Also, until now I had the feeling that I would record a good song when I made a good song, but this time I set the theme “talk”. I wanted to give the whole work a theme.
Interviewer: The beauty of sound construction is amazing.
Yamaji: Thank you. What I didn't understand most about the recordings I've done so far was that it wasn't the sound that sounds in my head. That is a slight difference in air feeling when recording, or the guitar and drums do not match. I made all these parts in consultation with engineers.
Interviewer: The major production environment is very good for such pursuits, right?
Yamaji: Yes. I originally wanted to come to the major because of the band's goal of “I want to make cool songs”. I was happy to learn a lot from the engineers. I bought equipment and prepared to respond to what I consulted. I blamed the question, “Why is this song like this?” (Laughs).
Interviewer: (laughs) What did you discover?
Yamaji: I've been using iPad sound sources until now, so I've always had the wonder, "Is this sound a good sound?" However, the engineer told me, “Depending on how you use any sound. Sometimes you can hear a cheap sound cool!” It was made. I thought, "I can trust my intuition."
Interviewer: I think this is the result of such a production environment, but a lot of good songs were born. For example, “Have a little talk” is something that comes very close to your chest.
Yamaji: Thank you. This song begins with a gospel-like feel and finally becomes like a band sound. I wanted to feel like a rock band at the end.
Interviewer: What was the reason you wanted to do this?
Yamaji: I made “Touch me” from the distribution with the consciousness of accumulating precisely, but when I listened to the Fall Out Boy or an American band at that time, it was regrettable, but it looked appropriate and messed up It's cool (laughs). I thought, “If you forget it, it ’s easy to forget.” I realized the importance of doing it without fear of getting out of the frame. “Have a little talk” is a song that was born from such a place.
Interviewer: The engy is a band that originally has that aspect. So it's not surprising that customers who went to the concert after listening to the sound source were such a band that was so intense!
Yamaji: That's right. After all, when the tension goes up, I think the rock band should follow that tension. The attitude of “If you did it” is important.
Interviewer: “Have a little talk” is just a song about “talk”, which is also the theme of the whole work.
Yamaji: Yes. Isn't there a lot to say "I don't need words"? I don't like that much. “I don't need words” is something that is said in words, and by saying in words, you can confirm that you do n’t need words. That's what this song is about.
Interviewer: Language communication doesn't always end in a literal sense, right?
Yamaji: That's right. The theme of this talk, “talk”, is a dialogue in a broad sense. For example, “come here” seems to have ended the conversation, but isn't it a dialogue in the sense that some kind of emotion occurs? Dialogues and conversations may or may not work well, but this time, I draw a place that says, “Can humans escape from the point of dialogue and discussion?”
Interviewer: You have the impression that you always have a very clear vision of “I want to make something like this”, but what do you think about it yourself?
Yamaji: I don't feel like I'm thinking about myself and making songs. It's a feeling that “Since there is such a song in the world, it ’s because I ’ve happened to make the song by chance.”
Interviewer: A sense that you are entrusted with the role of embodying the image of the music in the world?
Yamaji: That's not the case. There are many people who say that they are "helped by music", but I have a stronger sense that "I'm clinging to music and being shaken off". That's why I don't feel like I'm working from the music side, and I'm going to look for myself, "Isn't there such a thing?"
Interviewer: Has there been any change in communication with the members who make the song together?
Yamaji: You may have gained trust from the past. I didn't give up so much when I wrote the song.
Interviewer: Did you give up a lot in the past?
Yamaji: Yes (laughs). I've always felt that I didn't want to finish it. I want you to play the phrase with 100% consent. I think my way of communicating is better than before, so now I'm having fun writing songs.
Interviewer: “Sick enough to dance” is a song that conveys that it was a great production. It ’s a really nice sound.
Yamaji: I really enjoyed recording this song. Actually, the snare sound was recorded through the telephone line.

the engy-Sick enough to dance

Interviewer: What do you mean?
Yamaji: When I heard that The 1975 recorded snares on an iPhone, I thought it was interesting and wanted to go beyond that.
Interviewer: What kind of recording did you do?
Yamaji: Once I recorded it on my mobile phone, I picked up the sound coming out of it and recorded it with the earphone jack. The sound is not only “high” and “low”, but it is also important to build up the impression of “close” and “far”. “Near sounds” are closer to the original sound, but if you put “distant sounds” with a sense of air in between, you will not be able to hear each other's sounds. I'm having trouble with that being too fun (laughs).
Interviewer: (laughs) Do you seem to have tried various other songs?
Yamaji: Yes. The theme is “talk”, so there are many voices.
Interviewer: For example, “At all” has a very chorus and a gay voice.
Yamaji: Yes. I recorded the main vocals in the studio, but some of the other materials were recorded in the room. Also, when I accidentally tried it, it sometimes felt good. The last guitar of “At all” was played with an eraser. I wanted the nuance of the sound that I played with a soft object, and said, "Let's find the softest thing in this room!"
Interviewer: (laughs) While doing such super-analogue, there are some songs that include elements such as “Hey” and “I told you how”, and programming is the fun of this work.
Yamaji: I bought a computer, so I was able to work slowly.
Interviewer: It's surprising that I haven't used a computer before.
Yamaji: I've always been on an iPad. When I put my iPad on the desk and work, my neck really hurts. "Isn't the back of my neck broken and a new one coming out?" I understood the feeling of the cicada larvae (laughs).
Interviewer: (laughs) Also, this is something I felt anew when I listened to "Sick enough to dance", but the danceable sound that the engy sounds is more like sadness and pain than an open bright dance, right?
Yamaji: That's right. An acquaintance company employee is very familiar with fashionable music, but when asked why, "When I go to work in the morning, I don't think I'm listening to the most fashionable music on this train. I said. When I heard that story, I thought that “fashion in that sense is important”, and “Sick enough to dance” expresses “dance” in that sense. There may be a reason why the engy is said to be black music. The urge to put in this song like "It's dangerous if you don't dance here!" May have something to do with blues and jazz born from oppressed blacks.
Interviewer: Of course, the cultural backgrounds of Japanese and black people are very different, but the energy generated from the repressed emotions may overlap at the root.
Yamaji: That's right. My father loves Yuuka and I've been listening since I was a little boy, but there may be something absorbed from that. Even if there is something that disappears by absorbing so, there is a sense that it is not personality.
Interviewer: Originality isn't something that suddenly starts from nothing.
Yamaji: I think so too. "What is originality, how do you respect what you have heard so far?" I think that originality exists in the place of "How to incorporate elements of respecting artists and how to combine them?" With that in mind, it is necessary to always think about what should be done to make the sound that has been absorbed sound in the current context.
Interviewer: After all, the engy seems to be a band that has both a precise part and an impulsive part like "This is really good!"
Yamaji: I think so. I don't know what it is, but when I was watching live performances, I suddenly said, "Get up on the stage and do something!", And I've always felt embarrassed if I couldn't do anything. That's why I always have the feeling that "the engy can live if you have a guitar". 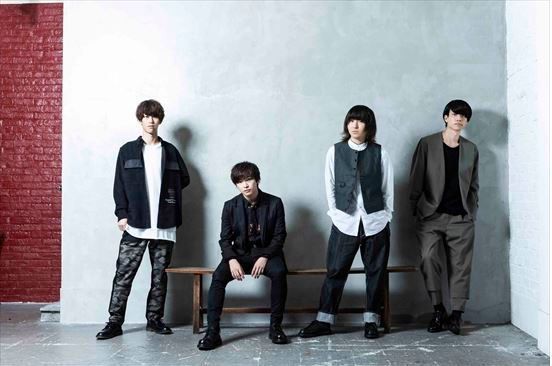 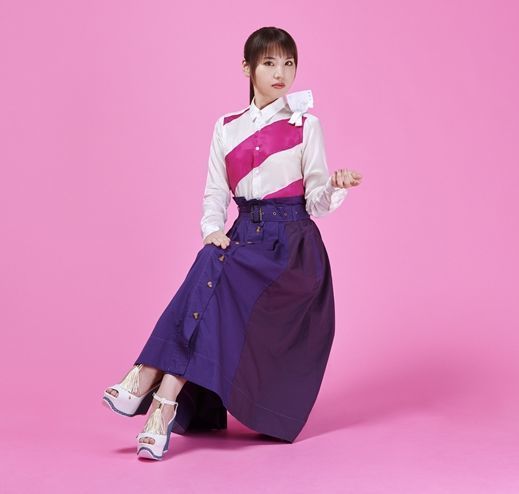